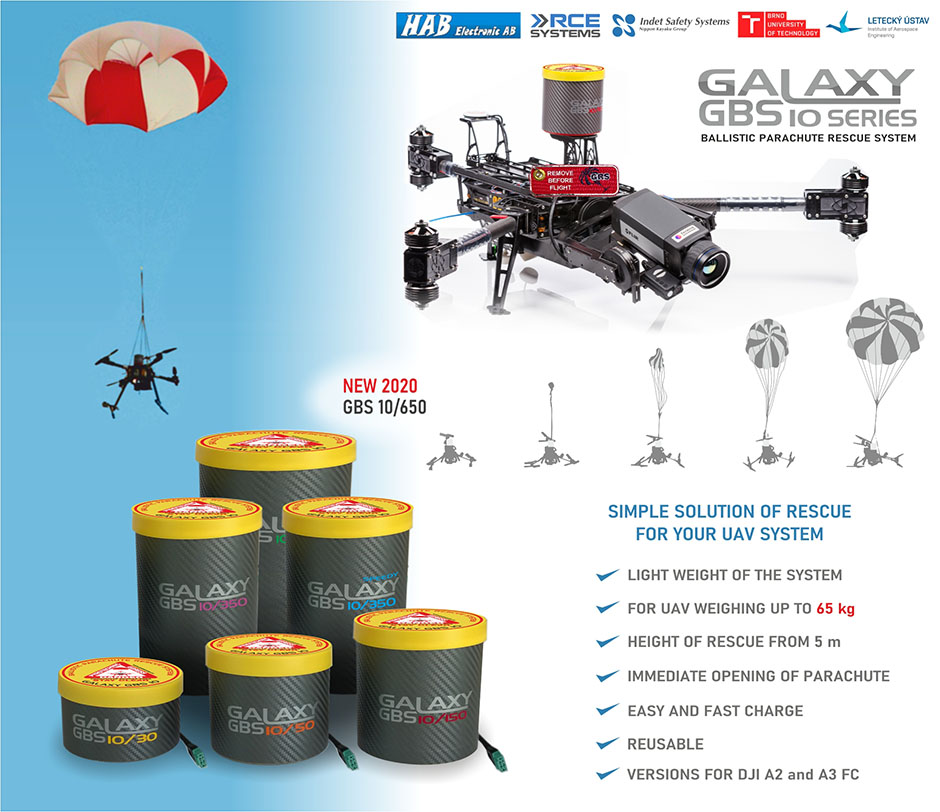 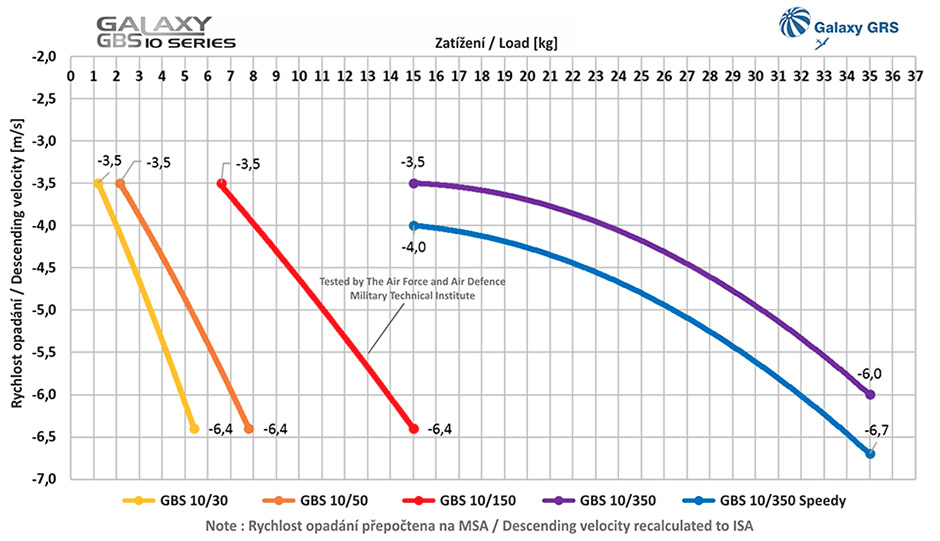 Tests prove that endurance of drone DJI Phantom 3 Professional with increased load by 10% (250 g) decreases by about 16-20%. This fact does not significantly affect the operability of the drone. System GBS 10/30 increases the operational safety of drone and offers the possibility of a fast rescue in a critical situation. The option of rescuing a drone with its equipment is therefore an appropriate compensation for measured time loss of drone endurance.
Tested by Miroslav Oros, Cumulus media 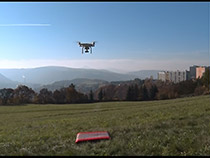 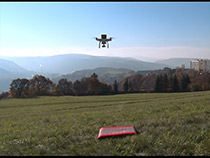 On July 9, 2015 the ballistic rescue system Galaxy GBS 10/150 with module DJI2GBS was successfully tested on hexacopter DJI S900 with a flight weight of 8.4 kg. The weight was adjusted to a standard "filming" flight weight which corresponds to hexacopter equipped with stabilized mount DJI Z15 and camera Panasonic GH4. The test was performed in cooperation with companies Telink, Galaxy GRS, RCE Systems and the Brno University of Technology. The ballistic rescue system GBS10/150 was activated at the height of 25 meters above ground during a crosswind conditions of 10 m/s. System was activated by impulse from the pilot. The electronic system automatically switched the engines off. Currently, we are preparing the DJI2GBS module for a serial production.

Galaxy GRS recommends the company Telink as a professional partner for installations and service of ballistic rescue systems series GBS 10. 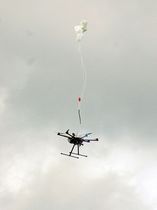 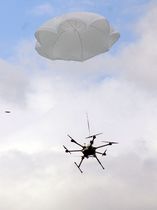 During the challenging development process we focused on achieving a very high performance - the main goal in the whole design and production process of the ballistic rescue systems Series GBS 10. The system excels in:

The company GRS Galaxy Ltd. The airlines began cooperation with the Institute Brno for the European space program SPARTAN

During the project, a knowledge-based project was launched ballistic rescue systems for drones future due to past experience and the high number of tests was completed in 2015 to develop a new series of ballistic systems GBS 10.

Thanks to 30 years of experience and collaboration with our partners GBS system 10 exceeds the competition in the following points:

the most common category of drones MTOW 7-8 kg :

- Lower weight of about cca 30%
- Lower sink by about cca 30%
- Thanks to a system using energy pyrogenerator we are able to proceed with the development of options for higher mass drones while maintaining low weight rescue system.